Tea is an evergreen plant of the Camellia family and is known as Camellia Sinensis. It was first discovered 5000 years ago in China, hence Sinensis, but in reality, is indigenous to both China and India. Tea varies in characteristics and flavor according to the type of soil, the altitude and the climatic condition of the area where it grows.

The story of Darjeeling tea started some 150 years ago when Dr.Campbell (civil surgeon), as an experiment planted tea seeds in his garden at Beechwood, Darjeeling, 7000ft above sea level. He was reasonably successful in raising the plant, so the government, in 1847, elected to put out tea nurseries in this area.

According to records, the first commercial tea gardens planted out by the British interests were Tukvar, Steinthal and Aloobari tea estates. This was 1852 and all the tea estates used seeds that were raised in government nurseries. Darjeeling was then a sparsely populated hamlet that was being used as a hill resort by the army and the affluent people. Tea, being a labour intensive enterprise, required sufficient number of people to plant,tend,pluck and finally manufacture their produce. For this employment was offered to the local people of Darjeeling and people across the border of Nepal.

Its appears that in 1866, Darjeeling had 39 gardens producing a total crop of 21000 kilograms of tea. In 1870,the number of gardens increased to 56, producing about 71000 kilograms of tea harvested from 4400 hectres. During 1860-1864, the Darjeeling company was established with 4 new gardens. By this time Darjeeling tea was found to be a profitable venture. Today, Darjeeling produce the world's best aromatic teas. Presently Darjeeling has 86 tea gardens which produces about 10 million kgs of tea annually. Tea is grown in Darjeeling from a height of 100 mts.(300ft) to 2000mts (6000ft). Some 6000 shoots of tea leaves and a bud from these bushes make about ½ kg, whereas light leaf Assam can produce the same quantity with about 3000 shoots(all Darjeeling teas are hand plucked).

Now days almost 70% of the gardens have also started producing Organic teas, which means no chemical fertilizers have been used during the produce of the particular variety of tea and the teas are further strictly checked and gets certified as "Organic Tea" by world renouned institutes like IMO (Switzerland), Demeter`s certification (Germany), India Organics, USDA etc.

In Darjeeling 4 major crops are harvested over the year, and the same tea bush gives 4 different character of tea over the harvest seasons.

The second crop is known as the 2nd Flush which is a bit matured than the 1st crop in terms of aroma and liquor, the world renowned muscatel flavor is pronounced during this particular season. This crop is harvested from the end of 3rd week of May to the 3rd week of June. The third crop is known as the Rains crop(July-September 2nd week), during this season the crop produce is in bulk due to over rainfall but the aroma is not very exclusive due to insufficient sunshine. So the brew is very dark with a dull character.

The last and the final crop is the Autumnal Flush which is harvested from the last week of September to the 2nd week of November. This harvest gives the strongest liquor as it passes through the summer and the monsoon and due to the sunshine of Autumn again after the long monsoon season this tea has a very unique aroma. 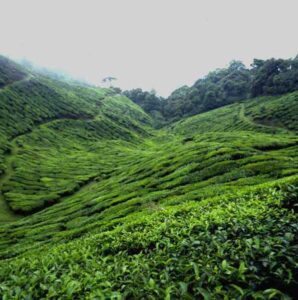 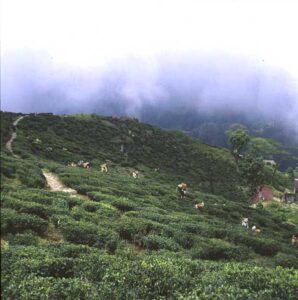 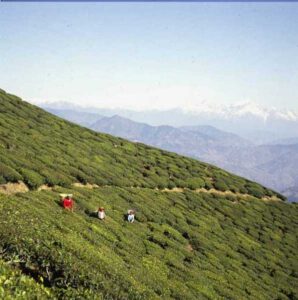 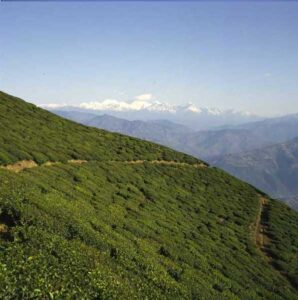 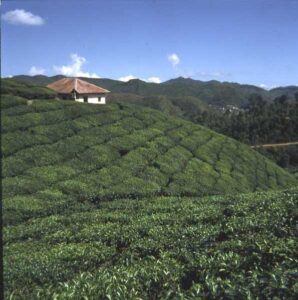 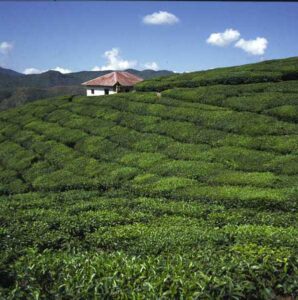 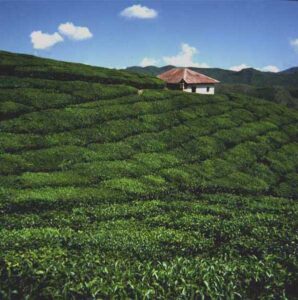 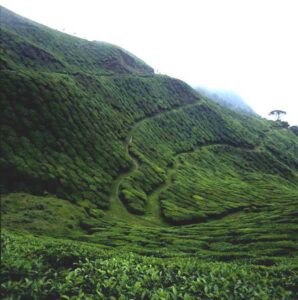 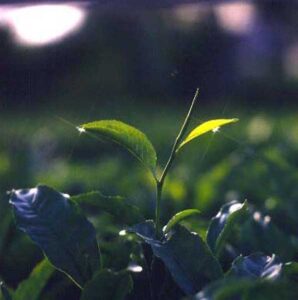 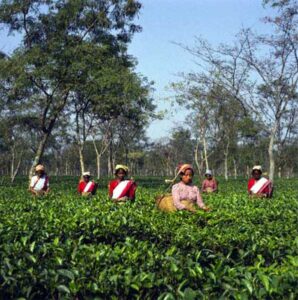 Registered Exporters, Tea Board of India